2 Days In Jaipur: Discover The Best Of Pink City In 48 Hrs 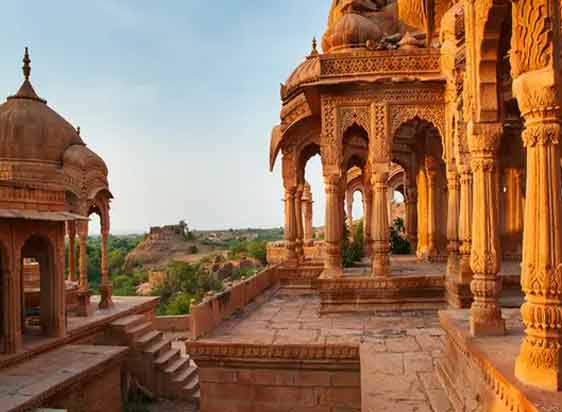 Planning a short getaway to the land of regality? Sounds exciting right? Officially dubbed as the “Pink City of India”, Jaipur charms both locals and foreigners who marvel at its pink-hued theme! As the capital of Rajasthan, Jaipur often gets eclipsed by India’s other colourfully themed cities like Jaisalmer “the Golden City” or Jodhpur “the Blue City”. From the expansive and minted palaces like Rambagh Palace and City Palace to the ones enveloped fantastically in the fortified walls of Amber Fort and Jaigarh Fort. With plentiful places to visit in Jaipur, travellers often get confused about where to visit and what to do in Jaipur. For the trotters with modern taste, Jaipur holds a blooming urbane culture that can be seen as you take a tour of the city.

How to Spend 2 Days in Jaipur?

The 2 days Jaipur Tour Package is divided into two distinct parts, On the first day, you will be visiting the popular forts and palaces whilst the second day is all set for discovering the walled city and colourful bazaars.

Places to visit in Jaipur on 1st Day

The charming complex of the Amber Fort is made up of pink and yellow sandstone where you will admire the regal finesse of Rajputana. The majestic beauty resides in the Pink City of Jaipur, bathing in the charismatic Cheel ka Teela or Hill of Eagles. The fortress looks like a pearl on the outskirts of Jaipur which is enclosed by many architectures, such as Sheesh Mahal, Diwan-e-Khaas, Diwan-e-Aam, etc.

A popular monumental Jaigarh Fort is located on the Aravalli Ranges of Rajasthan. It is towering at an impressive height of 500m above sea level. The fortress was constructed in 1726 by the famous Raja Jai Singh II as a means to fortify the Amber Fort. At Jaigarh Fort, you will witness a breathtaking view of the green hills and lakes that surround the fort.

One of the most splendid architectural palaces is set in the centre of Man Sagar Lake on the outskirts of Jaipur city. The masterful creation was earlier a shooting lodge for the royal kings, which has now become the most famous photogenic spot in Jaipur. Jal Mahal was built by Maharaja Madho Singh in the 1750s for himself and his companions to rest after their duck hunting endeavours.

Places to see in Jaipur on the 2nd Day

Famously known as Laxmi Narayan Temple, Birla Mandir is located at the base of Moti Dungri Temple in Jaipur. The religious shrine is a famous pilgrimage site among the Hindu devotees. This was made up of sparkling white marble that looks incredibly marvellous. The lush green lawns surround the temple on the sides and give a stunning backdrop.

Located right in the middle of the Old City Jaipur, City Palace covers a one-seventh portion of that area. The construction of the palace dates back to 1732, and it still looks fresh and alluring. The stunning palace represents the rich culture it holds on to. It showcases a perfect blend of the Rajputana with Mughal and European styles of architecture.

One of the most popular UNESCO World Heritage Sites in India, Jantar Mantar of Jaipur is an astronomical observatory. It is one of 4 more Jantar Mantar across different states of India. The observatory is featuring the world’s largest sundials, Jantar Mantar marks its prominence among the best places to visit in Jaipur.

Looks like Krishna’s crown, Hawa Mahal is an elaborate monument in Jaipur. It stands right in the middle of the old market of Jaipur, the structure made of red and pink sandstone keeps the name of the Pink City of Rajasthan. There are 953 small windows, jharokhas are made to see the city life from inside the palace without being seen from outside.

Jaipur 2 Days Tour Package will give you some wonderful memories that last forever. On just a short break of 1 night and 2 days in Jaipur, you will get to see some really amazing sights of Rajasthani culture and traditions. Let us help you plan a mind-blowing holiday for an upcoming weekend.